This post will describe how to troubleshoot a Windows Azure Traffic Manager profile which is showing a Degraded status, and provide some key points to understand about traffic manager probes. This is a continuation of the troubleshooting series.

You have configured a Windows Azure Traffic Manager profile pointing to some of your .cloudapp.net hosted services and after a few seconds you see the Status as Degraded.

If you go into the Endpoints tab of that profile you will see one or more of the endpoints in an Offline status:

The best tool for troubleshooting WATM probe failures is wget. You can get the binaries and dependencies package from https://gnuwin32.sourceforge.net/packages/wget.htm. Note that you can use other programs such as Fiddler or curl instead of wget – basically you just need something that will show you the raw HTTP response.

Once you have wget installed, go to a command prompt and run wget against the URL + Probe port & path that is configured in WATM. For this example it would be https://watestsdp2008r2.cloudapp.net:80/Probe. 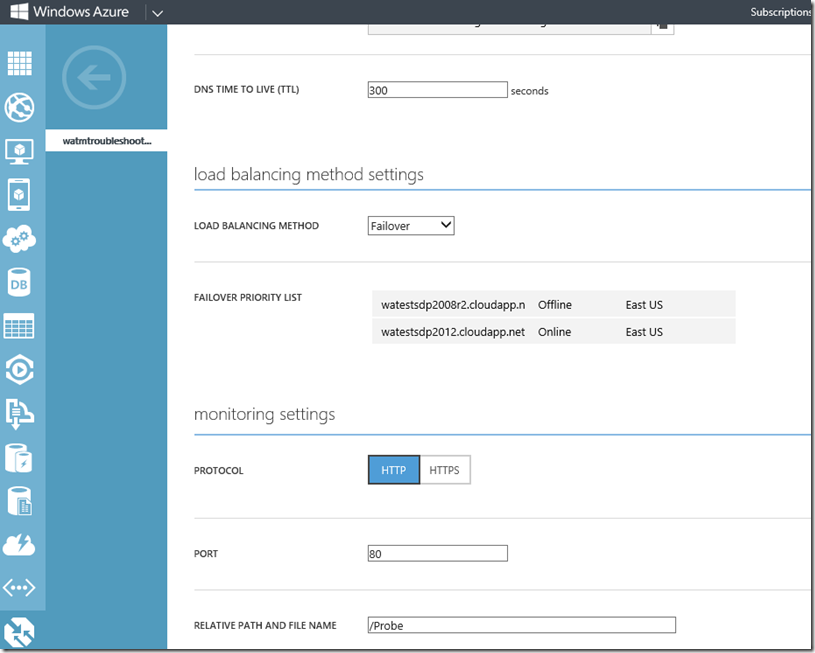 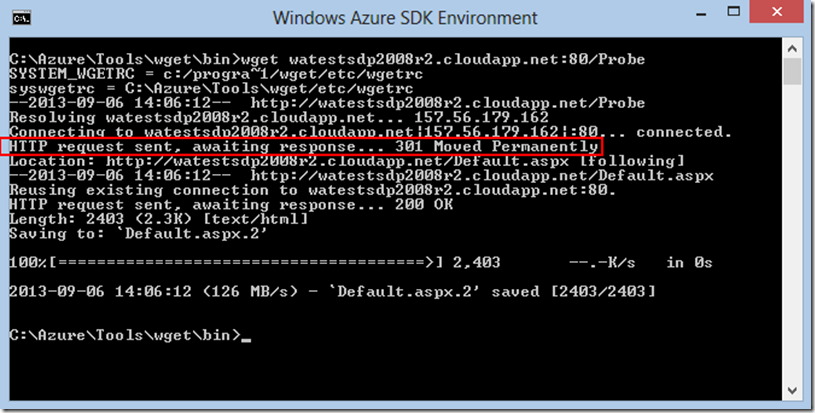 Notice that wget indicates that the URL returned a 301 redirect to https://watestsdp2008r2.cloudapp.net/Default.aspx. As we know from the “Important notes about WATM probing” section above, a 30x redirect is considered a failure by WATM probing and this will cause the probe to report Offline. At this point it is a simple matter to check the website configuration and make sure that a 200 is returned from the /Probe path (or reconfigure the WATM probe to point to a path which will return a 200).

If your probe is using HTTPs protocol you will want to add the “--no-check-certificate” parameter to wget so that it will ignore the certificate mismatch on the cloudapp.net URL.