One language to rule them all: How Azure and Xamarin dominate app development 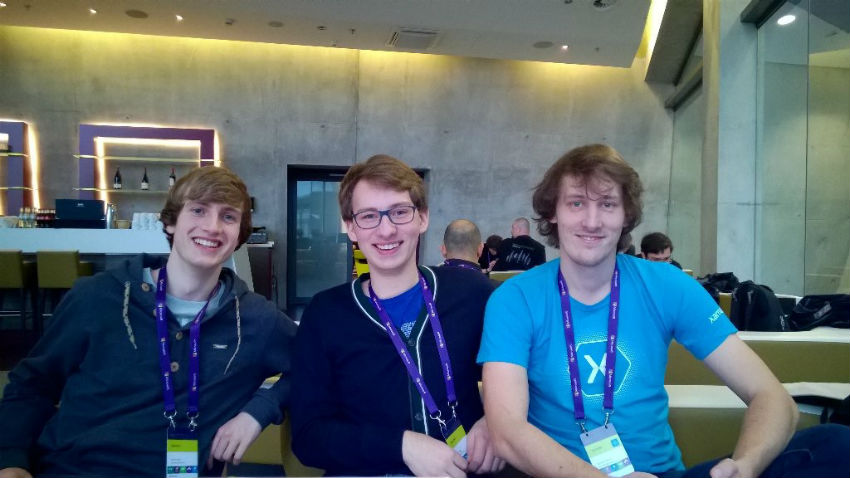 If you want to learn how to create beautiful and compelling cross-platform apps and deploy them to the cloud, then look no further than Malte Götz (21), Rafael Regh (21) and Kai Brummund (29) to find out how to do it. Over the last six years, this trio of German students has bonded over the power of code and creating cool stuff using Microsoft Azure and Xamarin.

Azure is a cloud development platform that supports a broad selection of operating systems, programming languages, frameworks, tools, databases and devices. Xamarin is a cross-platform framework for mobile app development. Users simply code an app in C# and deploy to iOS, Android and Windows devices. In that regard, Xamarin is a massive time saver.

Malte, Rafael and Kai know this kind of rapid deployment well. The list of apps created both separately and together goes on and on. Among them: a meal plan app called Mensa Deutschland for German university students (made by Rafael and Malte), which uses Azure Mobile Services on the backend. Next, there’s a recipe app called 10 Minute Rezipes (made by Malte), which was built using Xamarin and is deployed on Windows and Android. 10 Minute Rezipes also uses Azure Mobile Services on the backend. The three MSPs also created apps with which to compete at Imagine Cup Germany. One of those apps is Tutus, which won first place in Global Citizenship at Imagine Cup Germany 2014. The app reminds seniors when they’re supposed to take their prescription medications and was built using Xamarin. It has been deployed on Windows and Android and utilizes a bevy of Microsoft cloud services, including Azure Websites and WebAPI and Azure Notification Hubs on the backend.

Rafael explained, “It would be impossible to pay for a physical server (especially as a student) to do all the things Azure and Azure Mobile Apps can do. Azure makes it very easy to try out new things. No install or operation, you don't have to download anything.” 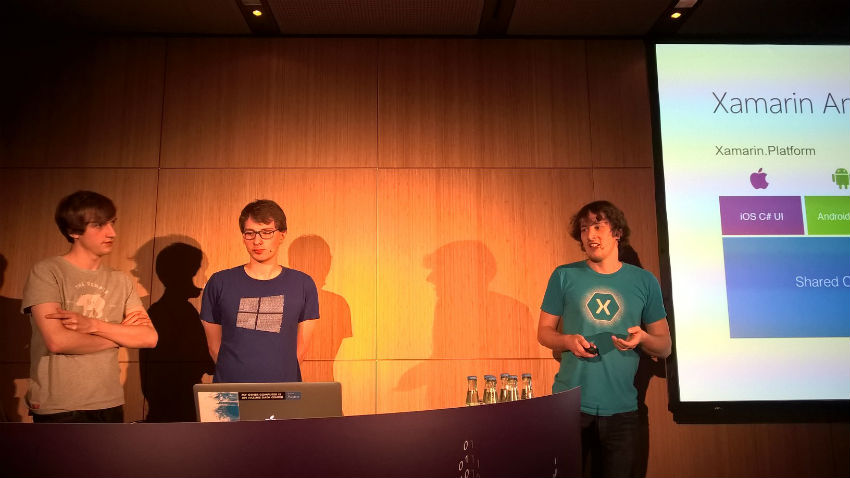 The three Xamarin Student Partners presented Xamarin to the Microsoft Technical Summit 2015 in Germany. The MSTS is the biggest Microsoft event in Germany. Listen to it here, if you happen to speak German.

Kai cleared up a common misconception about Xamarin. “Many students think of Xamarin as this cross-platform magic button, but that is not the case. You are still doing completely native Android and iOS development, just with a different programming language. It saves tons of time learning new languages.”

Malte agreed. “If you are just starting in the mobile and cloud world, Xamarin is kind of like one language to rule them all. You can code everything in C#.”

The trio is embarking on a new, exciting endeavor – again applying the power of Azure and Xamarin. Rafael recently co-founded a communication startup called Gabr. Kai and Malte jumped on board to help their friend speed up the development process in order to launch the beta.

Rafael described Gabr. “Texting has replaced face-to-face conversation and most calling [services] can be unreliable and awkward to use. We want to make talking on the phone cool again.” They have secured venture capital for the project from a U.S.-based company and are working toward a release in the next few weeks. 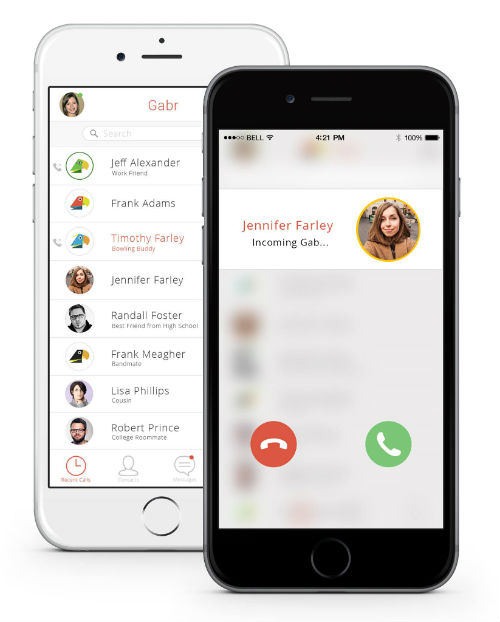 Azure powers Gabr’s entire backend. Kai gave us the rundown of the Azure features they use: “We use web services with document data base, SQL server, Redis Cache, block storage, traffic manager, table storage, and push notifications. It’s really cool to see how many services you can integrate together fast and easily!”

You don’t have to be an MSP or Xamarin expert to get started bringing your app or game to life. Ready to dive into Azure Mobile Web services and spin up new apps fast, just like Kai, Rafael and Malte? Activate your Azure student offer and play around with it. Xamarin is also free for students, plus Microsoft Imagine has a plethora of resources to help you learn how to use these tools fast, including these courses on Microsoft Virtual Academy: