Edit the registry on a mounted WIM

This is an incredibly valuable task.  Windows Vista employs "Image Based Setup", meaning their is no more i386 folder.  Instead, Windows now comes on the DVD as an image that is copied and expanded during setup.  An admin can capture a custom .WIM windows image and mount the WIM to add/modify/remove files.  Did you know you can also edit the registry?

Mount the WIM file to a local folder using ImageX.

Load the registry hive you need.  In this case let's mount HKLM\Software.

Open Regedit to make changes or use Reg Add from the command line. 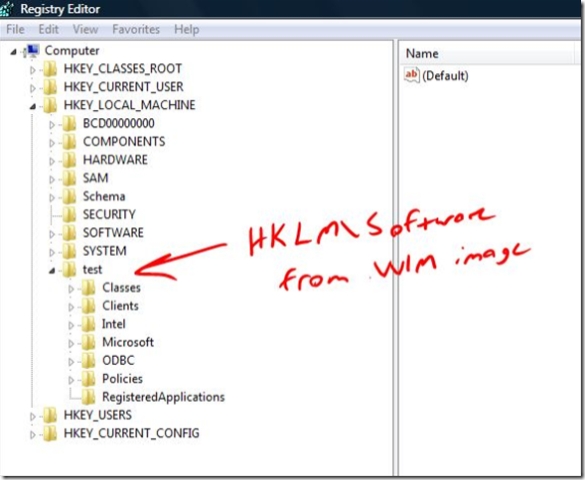 It really is that simple.  Changes to be made without having to apply, sysprep, and recapture the image.  You could leverage this as a tool in a variety of ways such as to embed a script to run application installations after the image has been deployed, automate activation using slmgr.vbs, etc.