Let's look at an example situation where we have three subscriptions under the same account: dev, test, and production. As services are being developed, the same data source may exist in dev, test, and production with slight variations because of version differences. You need to ensure that a developer doesn't use wrong (version of the) data source, and inadvertently writes development data into a production system. It is important to realize that in itself this is not a discovery problem, it's a rights management problem. If the rights to a production system allow a developer to manipulate production data, this issue exists regardless of whether you have a discovery mechanism in place or not. Separating information in the Data Catalog will not solve this issue. However, making clear in the Data Catalog whether a particular data source is for dev, test, or production can help a little.

How NOT to use Data Catalog

I've added two assets to the Data Catalog, both named Contacts. When searching for these, you get a result like this: 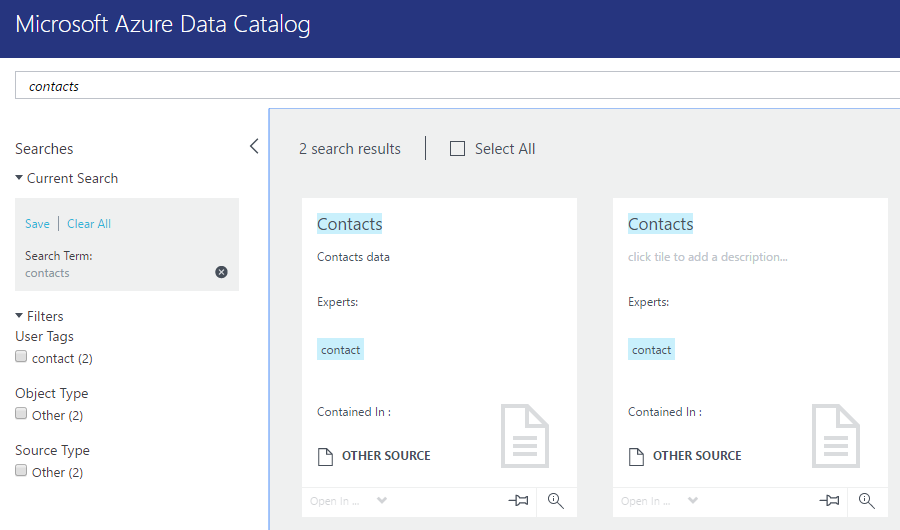 If you look at the details of both assets, you can see they are almost similar, except for the location: 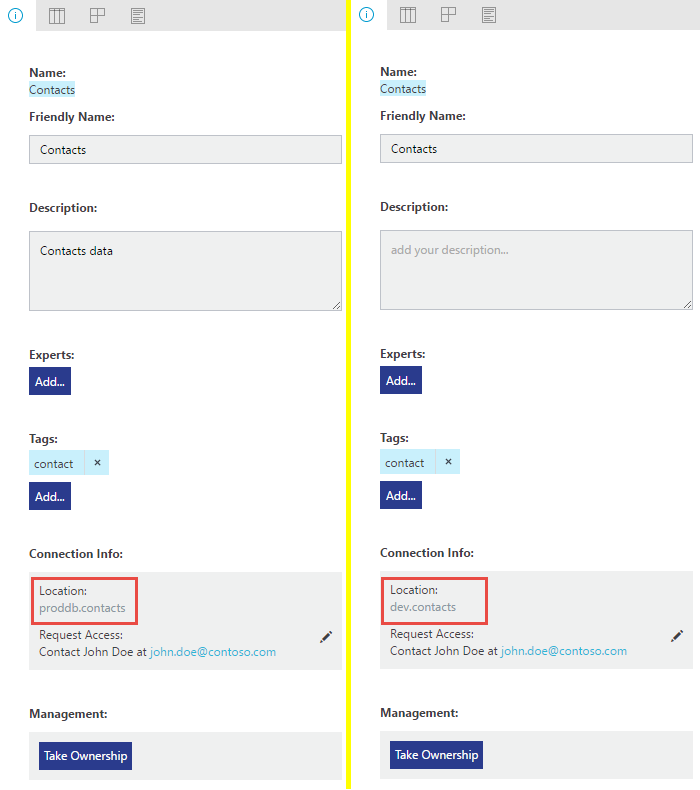 For someone that is not knowledgeable about your data sources and locations, the above doesn't help. In this case you can still infer whether it's a development asset, but with more usual data source names, this is less likely.

* The guidance in How to Manage Data Assets is to have at least two individuals as owner of an asset.