The first round of competitions at the Microsoft Imagine Cup 2011 World Finals were held today at the Marriott Marquis Hotel at Times Square New York.  Five teams are representing the United States: Notetaker (Software Design), Syntax Errors (Embedded Design), The Life Lens Project (Windows Phone 7), Team Dragon (Mobile Game), and IC Squared (Silverlight Game). Each of the teams presented to an international panel of four judges.  The Game and Embedded competitors uniquely have a two-part presentation. This morning they gave a formal PowerPoint-type presentation. The Notetaker and Syntax Errors teams both advanced to the second round and will be presenting to a larger panel of judges (six) today (Sunday). 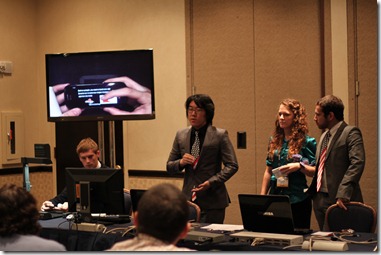 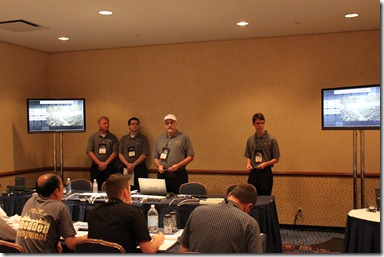 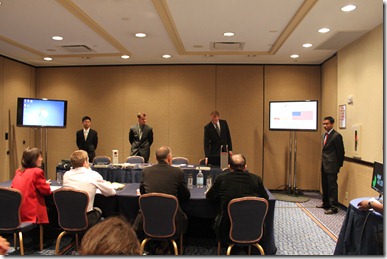 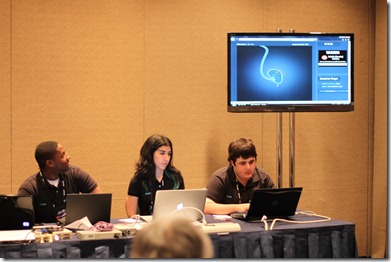 Syntax Errors team minutes before the announcement about their advancing to the second round of the Embedded Competition. 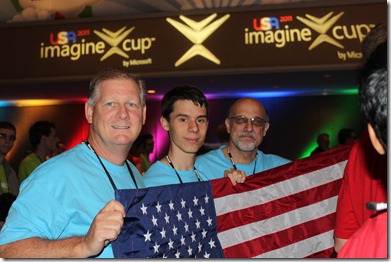 The Life Lens Project team at the team advancement announcement 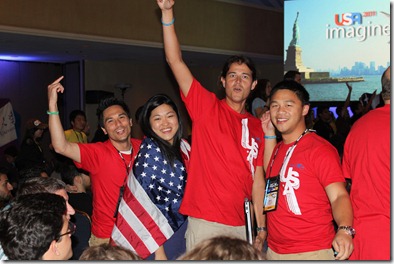 Notetaker reacts to advancing to the Software Design second round 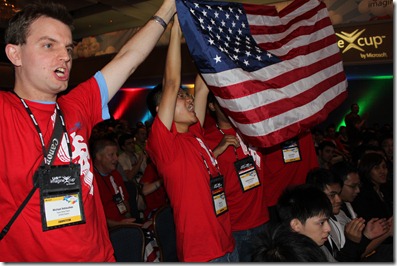 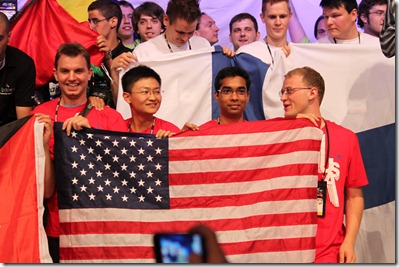