Rattle - the R Analytical Tool To Learn Easily - is a popular GUI for data mining using R. It presents intuitive graphical interface for data mining and analysis without actually writing the code.  It presents statistical and visual summaries of data, transforms data that can be readily modeled, builds both unsupervised and supervised models from the data, presents the performance of models graphically, and scores new data-sets. The tool also generated the R code which can be executed independently and enhance it for more advanced analytics steps.

The author of Rattle Graham Williams, Director of Data Scientist at Microsoft received a 2007 Australia Day Medallion, presented by the Commissioner of Taxation, for leadership and mentoring in Data Mining in the Australian Taxation Office and in Australia, and particularly cited the development and sharing of the Rattle system.

Rattle runs under GNU/Linux, Macintosh OS/X, and MS/Windows. The aim is to provide an intuitive interface that takes you through the basic steps of data mining, as well as illustrating the R code that is used to achieve this. Whilst the tool itself may be sufficient for all of a user's needs, it also provides a stepping stone to more sophisticated processing and modelling in R itself.

User of Rattle will provide the CSV dataset as input and follows intuitive GUI tabs which follows a standard data science process to develop the model and evaluate  in 4 simple steps. 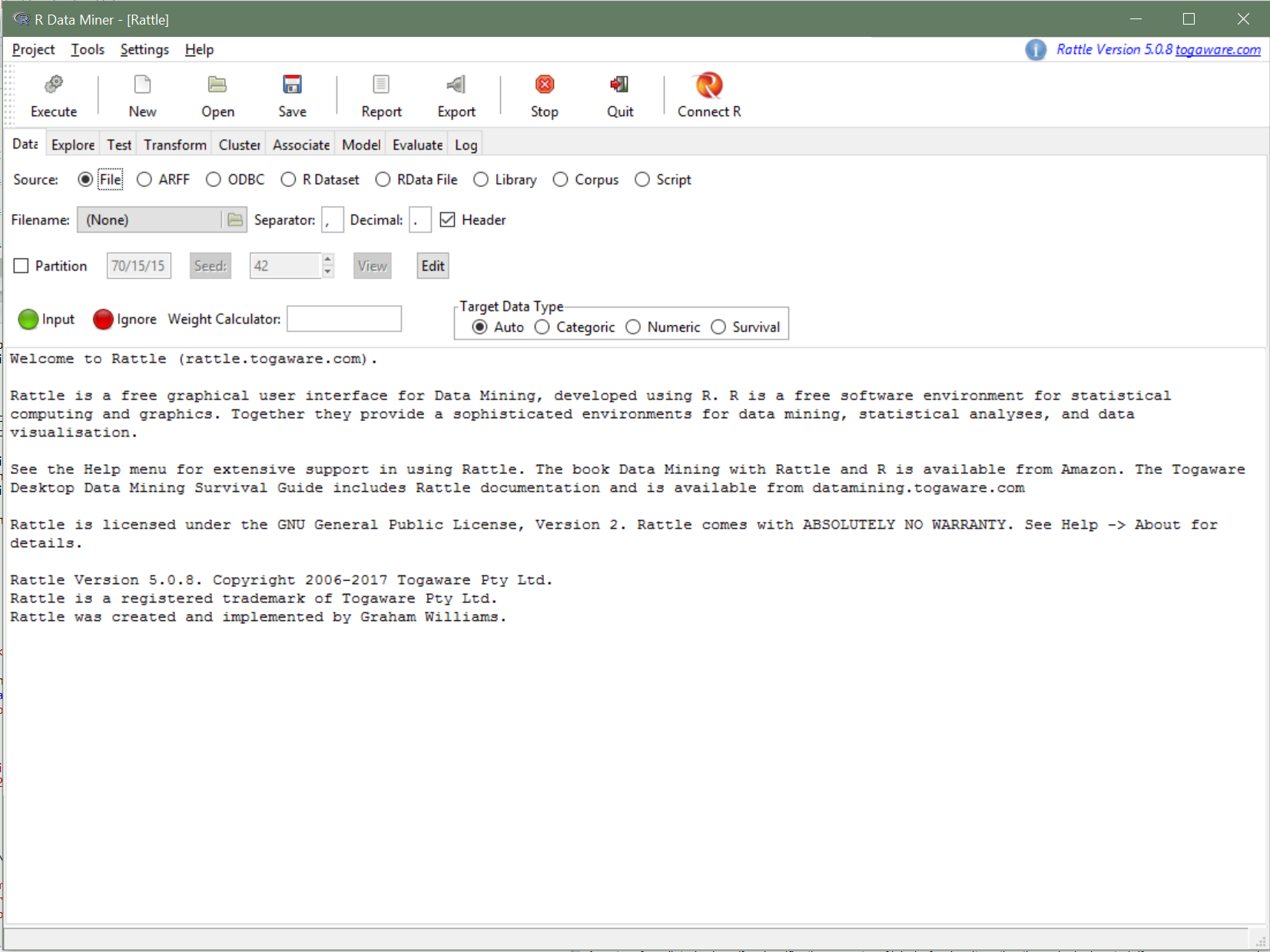 Microsoft has released suite of tools and platform for R development with Microsoft R Server (MRS) with multi-platform OS support.

MRS Adds custom functionality provided in proprietary Microsoft R packages, intended for local, remote, or distributed execution of larger datasets at scale. With MRS capabilities anyone can use power of R in solving big data problems with massive parallelization in tandem with support for all the Open source packages available for R users.

Now we bring the power of MRS to Rattle to solve big data problems with the same simple UI steps without any learning effort.

The migration of Rattle to support MRS is completely driven out of Microsoft R Community launched by IGD Data Insights team in Microsoft, Hyderabad. Team under guidance of Graham Williams took the challenging task to understand the existing code base and re-engineer it to support XDF files and support MRS functions for model development and evaluation.

Table below provides the mapping of the MRS functions  supported by Rattle today and future updates we are working. 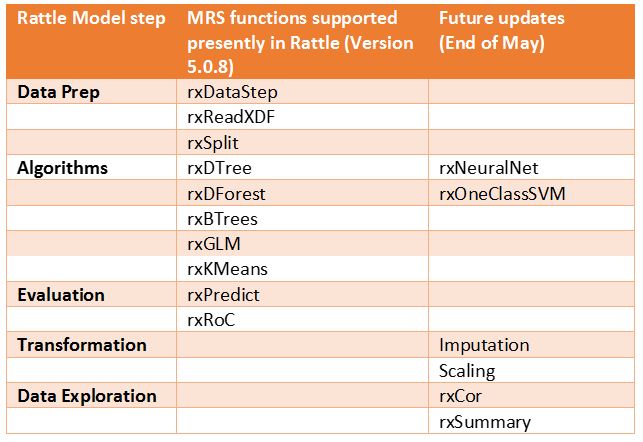 Latest release of Rattle (Version 5.0.8) is available on Bitbucket. In coming weeks we will be releasing more functionality for Rattle for transformations, testing and new models

To familiarize with rattle please check out the website

The features described in this post are enabled by latest release of MRS 9.1, to know more about all the capabilities please refer to the  blog