Six months and Google finally acknowledges I'm me: the troubles with "real" identities 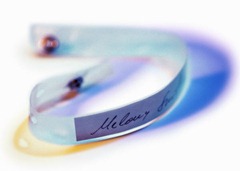 (Written late last night, this addresses the long saga I've had with Google in confirming my name on their services.)

Busy week this, given we have so many great people in town for TechReady 14 in Seattle, but I'll still try and find time to celebrate my eleventh anniversary at Microsoft. In my time here and in the industry, I've seen my share of interesting emails and headlines: last year at this time it was about the Transition to IPv6 and how it's "not the End of the World". (We're still working hard on that transition, as are many of our customers, partners and much of the industry.) Today I reflected on another headline, especially poignant given some of the headlines we're seeing today on our awareness campaign: "Google to give closed-door briefing on policy changes."

If you've read some of my past posts, you know that it's been several months since I first noted Google doesn't believe I'm me, and the troubles with real identities. Back in August, I noted that Google's new services had some trouble with my name and had suspended my profile (note that's my emphasis in bold)as I violated the Google+ Names Policy.….

"It appears that the name you entered doesn’t comply with our Names Policy. The Names Policy requires that you use the name that you are commonly referred to in real life in your profile. Nicknames, maiden names, and so on, should be entered in the Other Names section of the profile. Profiles are currently limited to individuals; we will be launching a profile for businesses and other entities later this year.

"Your profile will be suspended until you do edit your name to comply with the Names Policy..."

Hmmm… I've heard something like that before: "You will comply. Resistance is futile. You will be assimilated." Ah, okthxbai.

This was around the time that many folks were noting a heavy handed and less than level approach the company in Mountain View was applying, just as I encountered on Facebook. (But that was fixed... twice.)  I've been me longer than Google's been Google (or perhaps their real name is actually "googool"? ;) But I'll let that slide for the moment. And I'll pass on how less-than-NSFW spammers had better luck registering for Google's service: see this post of "Google asleep at the switch" in ComputerWorld.

Columnist extraordinaire Violet Blue wrote last December in her post 2011: Nymwars Year Zero of how Google Plus with its “real names” policy ignited the Nymwars. She ran into the account suspensions buzz saw in Google+, running into a similar situation as I had, highlighting "Google Plus’ contradictory behavior: Google+ was simultaneously, blatantly allowing certain people to violate the policy." (Vic, I wonder who they're talking about?)  Liz Gannes wrote about this challenge in her article on how Google & Facebook want to unify our identities w/ single account (theirs). Mike Swift over at the San Jose Mercury News reported on the 'Nymwars' debate over online identity, and just who decides how a person is known on the Internet. And several good folks noted the problem in Google + posts but to no avail, including this post on "Real unconventional names = bad. Fake 'normal' names = OK" from Mike Elgan, and this excerpt from an eloquent post by my friend, Jon Pincus…

"Dj ASHBA and Chamillionaire the Ceo are ok; Doc Popular, Technogran, and Kaliya IdentityWoman aren’t. 50 Cent and Jennifer 8. Lee are cool; M3 Sweatt isn’t."  [ I hope that I'm still cool in some Circles. ;) ]

A week ago, Violet Blue noted in her updated post how covered some of the new Google+ name policy changes, referencing Bradley Horowitz's announcement in regard to the use of pseudonyms and nick names, and the need to allow these for many valid reasons. The new policy allows the addition of a nickname to a users’ pre-existing display name, and allows the use of pre-existing pseudonyms (with "a modicum of provable fame/notoriety). But I found little in the way of clarification or expedience on approving what they already outlined around "the name that you are commonly referred to in real life." In his post, Mr. Horowitz continued their analysis of all name appeals on Google+, a majority wanted to add nicknames, about 20% were business names, and the last 20% would either prefer to use a pseudonym or another unconventional name. Which put me into that last bucket. What I found somewhat incredulous was this part of his post:

"Since launch we've listened closely to community feedback on our names policy, as well as reviewed our own data regarding signup completion. The vast majority of users sail through our signup process -- in fact, only about 0.1% submit name appeals."

Really? (/sethmeyers emphasis)  If you consider the "law of large numbers" and take the company's membership numbers as gospel, you get figure of something like 90,000 appeals on the high side. Which makes me part of the 0.1%. ;)  More from Mr. Horowitz’s post:

Check, check and check: I'd provided all of these things in all prior attempts, just as I did with Facebook previously. I decided to submit my appeal one last time with the requested documentation, this time citing search engine results from Bing and Google… and one additional item: a list of names of folks I know at the company in Mountain View.

For some who found quick resolution, it took knowing the right person on the new social service, or getting through to Natalie Villalobos via Twitter. Others have had their requests languish for months, many ignored by what seems to be a less than optimal submission process that might get your name reviewed by a real person. I submitted information not once, twice, three times, but at least four. I even sent personal notes to old friends in Mountain View, including a couple to my former associate Vic Gundotra.

It's taken me about six months since the Google robot reviewers adjudicated on my moniker. Today I found the following mail in my Inbox, the first email I've received from anyone at Google on the subject…

Hello,
Thanks for sending us your appeal. You're right: your name does comply with the Google+ Names Policy. Your name has been updated on your Google+ profile. If you submitted the appeal during sign up, your profile has now been restored. Log in to Google+.
Sorry for the inconvenience,
The Google+ team.
Log in to Google+. You can't reply to this message.

Actually, IIRC it does comply with the original Google+ Names Policy, but not the updated version of the policy that disallows the use of numbers, symbols, and obscure punctuation. The transliterated version of my name, 斯维特埃姆三, sailed through review, but I fear that folks like Bo3b Johnson will have a difficult time.

The last line in which I find indicative of this entire escapade: you can't reply to this message. You may find it difficult to get a hold of a real person to review your real name (I'm not the only one getting a hold of customer support as noted here on theinquirer.net). I know how frustrating it is when you can't reach a real person to resolve an issue with a big company, even at a company the size of Microsoft – hey, that's one of the very things I spend my days working to improve across our product and services teams. We're certainly not perfect, but we work really hard at improving our record.

Closing thoughts on all this? Unless you're persistent, someone takes note of the issue, and have good support and documentation, you may have a long wait until someone agrees that you're really you. Which frankly I don't need Google to tell me that: Bing and other search engines help affirm what my friends, family and associates already know. In the end, Google still refers to me as a number (111238458468081184848), so it's ironic numbers aren't supported.

When a company asserts to manage my identity, they should work harder to correct their mistakes.

Also available via https://bit.ly/Av3Wbg and on G+