To start Over , please begin from Here

Our next steps are from Verifying Continuous Deployment  section .

21. Modify the image or give the same tag mapping to any other image.

1) So now to do so , I will download the phpmyadmin container image from docker by running following command :

3) Line number 7 : Now my recently downloaded phpmyadmin/phpmyadmin image tag is also latest ,with image id f4674******
But that is not mapped with my existing azure end point ,
Thus in line number 9 , that end point with that image id is having Tag as <none>.

Run following command will push this image on azure registory , which should ideally push it on Azure web app as well .

Now , in few minutes it should auto deploy phpmyadmin container on my web app

23. Browse the web app to see that new image is up and running. 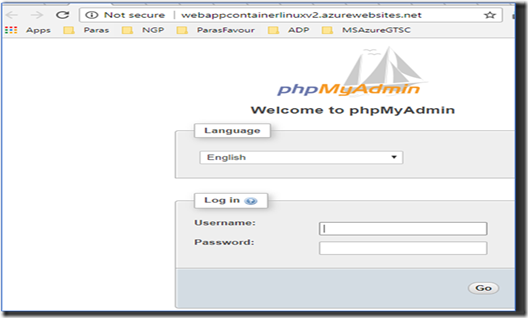 24. After some time, the auto deployment logs are visible in the Azure Container Registry’s Web hook’s Logs/events 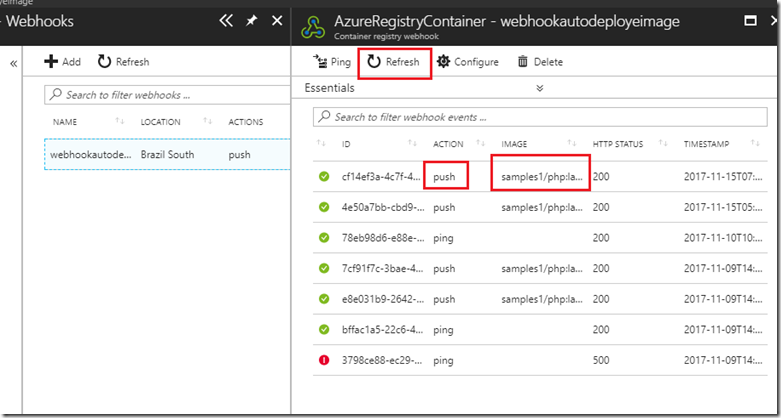