Today's mobile-first development requires testing on the wide variety of devices that are in common use by consumers and business users.  To deliver high-quality mobile apps, development teams need robust mobile testing solutions that address the complexities of multi-platform development in a highly fragmented mobile market. 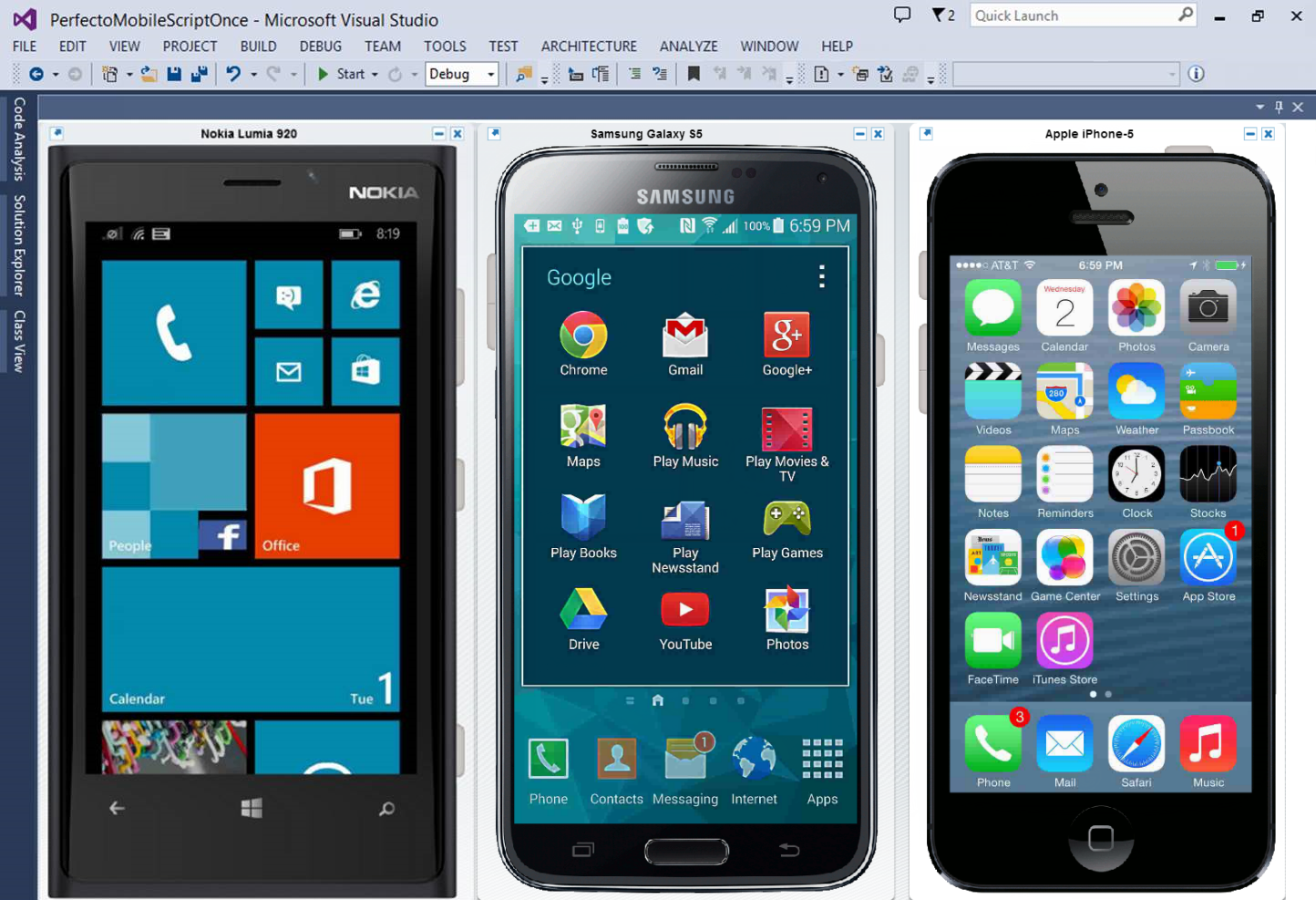 With Perfecto Mobile’s Visual Studio templates, development teams can easily extend product builds and manual and automated testing to thousands of devices from their existing Team Foundation Server installations or Visual Studio Online accounts.  Any development team can use TFS to manage Windows 8, Android and iOS versions of their application, while testing each version on the relevant set of real devices in the MobileCloud.  When test failures occur, Perfecto Mobile automatically generates TFS work items which include screenshots and a full video of the tests that were run making it easy for developers to find and fix the issue.

For additional details see MobileCloud for TFS and the recent article on Perfecto Mobile and Visual Studio.

For Azure users who are not MSDN subscribers, Perfecto Mobile will soon be available through the Azure Store, along with discounts of 20% through the end of 2014.

More details about these offers and how to get started on Perfecto Mobile's site.

We've worked with Perfecto Mobile to bring support for C# test scripts to their platform, enabling developers to write tests in C# in Visual Studio, and run across multiple devices managed by Perfecto Mobile.

Perfecto Mobile has enabled great integration with Team Foundation Server and Visual Studio Online and we are working now on additional scenarios, including integrating into the build process to automatically provision devices and run tests from a work item, and publish test results back to TFS or Visual Studio Online.

Windows Phone 8.1 is also now fully supported by Perfecto mobile, including the ability to test applications on the new Nokia Windows Phone 8.1 phones that are being released over the coming months.