PHP SQL Server Driver for All You Communists

I’ve been meeting a lot of open-source devs lately and most tend to be genuinely surprised about the ability to now use SQL Server 2005/2008 with PHP applications.  The best PHP devs, especially those who own or run development houses, tend to be a platform neutral bunch even those that work almost exclusively on Linux, Apache, and MySQL.  They simply live, eat, and breath PHP and don’t care about the rest of the stack as long as it “just works.”

One of the biggest audiences that PHP devs haven’t been able to break into is the enterprise world.  I’m not talking about web companies like Facebook and the like, I’m talking about manufacturing, utilities, communications, transportation, government, etc.  By and large, a huge chunk of these industries rely, at least partially, on a big Microsoft technology stack.

Its not only important to make a great web app in these places, but it is just as important that the system cleanly integrates as well.  Up until recently, the idea of running a PHP application on Windows just seemed ridiculous for a whole host of reasons, but now Microsoft is committing a lot of time and energy to ensure Windows and MS SQL provide a 1st class experience for the PHP community!

What's New in Version 1.1 of the SQL Server Driver for PHP

About Code Examples in the Documentation

Of course, if after some really successful projects you find yourself making a ton of money from your clients, I suggest you check out .NET.  After all, .NET offers every style of programming you could want:

I highly recommend anyone who likes money check it out :) 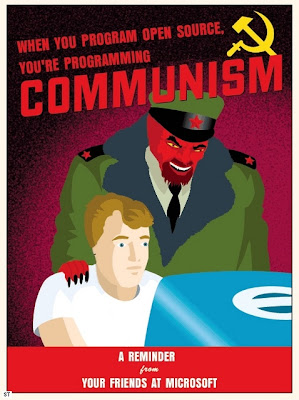