Getting Started with Docker and Azure Container Services

Docker is the world's most popular containerization platform.

Docker containers wrap a piece of software in a complete filesystem that contains everything needed to run: code, runtime, system tools, system libraries – anything that can be installed on a server. This guarantees that the software will always run the same, regardless of its environment. 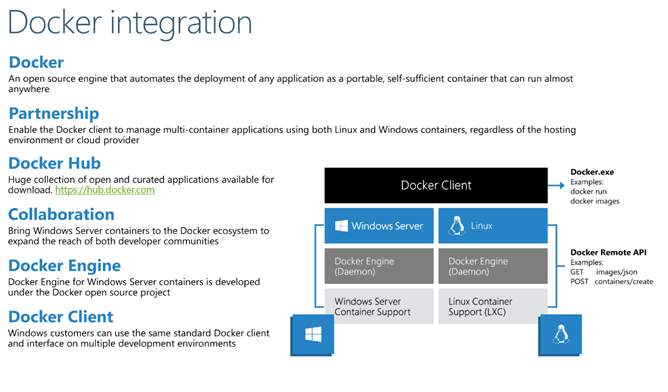 Containers are similar to virtual machines (VMs) in that they provide a predictable and isolated environment in which software can run.

Because containers are smaller than VMs, they start almost instantly and use less RAM. Moreover, multiple containers running on a single machine share the same operating system kernel. 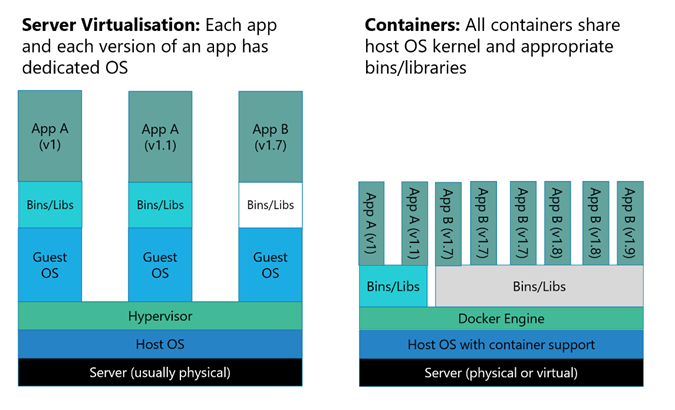 Docker is based on open standards, enabling Docker containers to run on all major Linux distributions as well as Windows Server 2016. To simplify the use of Docker containers, Azure offers the Azure Container Service (ACS)

Which hosts Docker containers in the cloud. It also  provides an optimized configuration of popular open-source scheduling and orchestration tools, including DC/OS and Docker Swarm 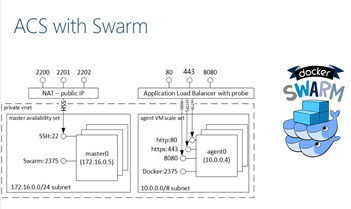 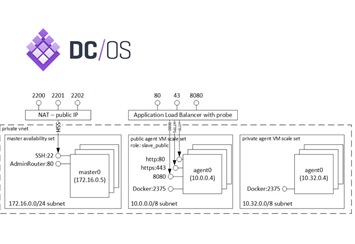 In this blog, you will learn how to:

The following are required to complete this hands-on lab:

You do not need to install the Docker client if you already have Docker (or Docker Toolbox) installed on your machine.

Before you can deploy Docker images to Azure, you must create an Azure Container Service. And in order to create an Azure Container Service, you need a public/private key pair for authenticating with that service over SSH. In this exercise, you will create an SSH key pair. If you are using macOS or Linux, you will create the key pair with ssh-keygen. If you are running Windows instead, you will use a third-party tool named PuTTYGen.

Unlike macOS and Linux, Windows doesn't have an SSH key generator built in. PuTTYGen is a free key generator that is popular in the Windows community. It is part of an open-source toolset called PuTTY, which provides the SSH support that Windows lacks.

You now have a pair of files containing a public key and a private key. Remember where these files are located, because you will need them in subsequent steps.

In this step you will establish an SSH connection to the container service you deployed in Exercise 2 so you can use the Docker client to create Docker containers and run them in Azure.

Now that you're connected, you can run the Docker client on your local machine and use port forwarding to execute commands in the Azure Container Service. Leave the SSH window open while you work through the next exercise.

Task 4: Create a Docker image and run it in a container

Now comes the fun part: creating a Docker image and running it inside a container in Azure. If you haven't already installed the Docker client, refer to the instructions at the beginning of this lab to download and install the Docker client for your operating system.

When virtual machines are running, you are being charged — even if the VMs are idle. Therefore, it's advisable to stop virtual machines when they are not in use. You will still be charged for storage, but that cost is typically insignificant compared to the cost of an active VM.

Your container service contains a master VM that needs to be stopped when you're not running containers. The Azure Portal makes it easy to stop virtual machines. VMs that you stop are easily started again later so you can pick up right where you left off. In this exercise, you will stop the master VM to avoid incurring charges for it.

There is no need to stop the agent VMs. They are part of an Azure Virtual Machine Scale Set and are automatically spun up and down as needed by the master VM. Note that if you wish to run containers again in this container service, you will need to restart the master VM.

The Azure Container Service makes it easy to run apps packaged in Docker containers in the cloud without having to manage servers or install a container stack yourself. Container images are smaller than VM images, they start faster, and they typically cost less since a single VM can host multiple container instances. More importantly, Docker containers can be hosted in other cloud platforms such as Amazon Web Services (AWS). If you want to avoid being tied to a single cloud platform, containers are a great way to achieve that independence.

Additional labs and resources for Academics and Students