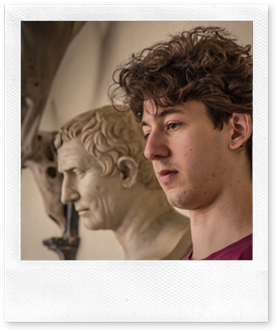 I am a Third Year, Computing MEng at Imperial College London and a have a number of blogs already published on various areas of technology which interest me see https://blogs.msdn.microsoft.com/uk_faculty_connection/?s=Lolov

Virtualization splits hardware resources across multiple consumers, be it operating systems, applications, processes or else.

Virtual machines can be used for many things.

Some software depends on a specific operating system. Buying new hardware and installing the required operating system is one approach. Another is to create a virtual machine on your computer, which then allows you to run the platform dependent software.

While virtual machines are very useful, they are not always the best approach. An alternative solution are containers.

Let’s say you have some programs already installed on your computer. You would like to install a new one. When you install it, however, it turns out that one of the other already present programs modified configuration files, which the newly installed program was expecting to be unmodified. You could solve this problem, by installing each program in a virtual machine, but it would be easier if you could make the programs believe they were installed alone. A container simulates such program paradise. It makes the program believe it is running on a clean operating system. In fact, some containers allow multiple programs to share a container. Imagine you had three programs that work very well together and are already installed, and you would like to install three new programs which work very well together, but not very well when the first three are around. A container allows you to isolate the two groups of programs so that they can only see other members of the same group. Some containers offer an even finer separation. They allow each program to run, thinking it is running on its own. The difference between a container and a virtual machine is that a container is used to virtualize applications, while a virtual machine is used to virtualize a whole operating system.

There are three popular types of containers:

Windows supports both Windows and Docker containers, albeit they cannot run at the same time. One tool which can be used to control the containers is Docker.

Containers are very suitable for a cloud such as Microsoft Azure because they allow application isolation and portability.

Nowadays people strive to write applications from smaller components. What you would, in fact, strive to put in a container is such a component, rather than the whole application. Say you have an application which has two parts: a database and a component, which does a lot of processing for every request. When you have a lot of requests you would like to have many containers doing the processing and fewer containers holding the database. When you have fewer requests, you will just scale down the number of processing components. The advantage is that you do not have to scale the whole application, just because of one component under stress. You can only scale the component under stress.

To be able to create containers, however, you need to have a schema of what those containers are going to be. These schemas are known as container images.

A container lives in a different place to the image it was created from. To deploy a container on Azure you will need to specify where the image for the container lives. A container registry is a place where container images are kept. Microsoft provides such a functionality with the Azure Container Registry.

That raises the question where can one deploy a container on Azure?

If you would like to deploy a singular container Microsoft offers Azure’s Container Instance.

One common feature that all applications have at some point in time is that they crash. When they crash, they need to be restarted. The same functionality is true for applications in containers. Restarting one container is easy. Restarting ten becomes cumbersome. As the numbers scale, keeping track of which crash and when they need to be restarted becomes a problem. Let’s say on top of failures, that suddenly there are more people using your application. As such, you would need more containers to handle the traffic. One way to overcome these problems is to have systems which manage containers.

Should you wish to handle more than a few singular containers Microsoft’s Azure Container Service is a solution. It allows you to use one of several container-orchestration systems, the most recent addition to which is Kubernetes.

I hope these notes as a concise explanation of containers. (Container-orchestration systems are interesting, but they require explanation on their own.)

I purposefully skipped writing tutorials on how to use the mentioned Azure services, because there are well-explained ones in Azure’s documentation: