A busy year ahead with nano server. 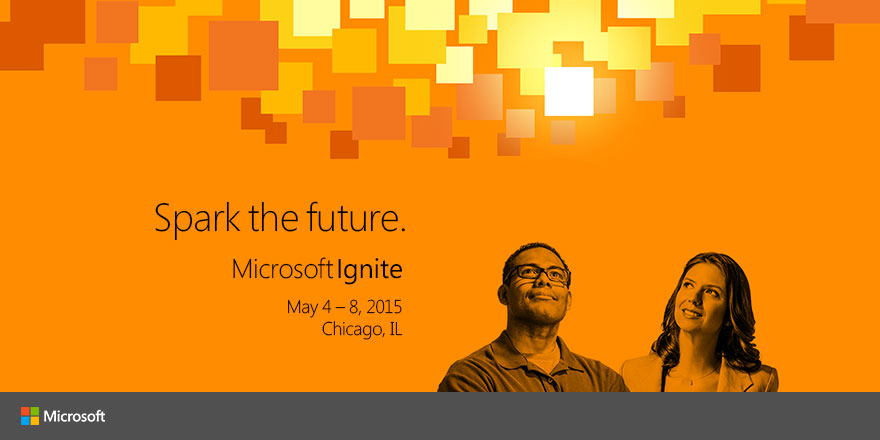 I have spent the last two weeks doing my normal day job(s) and also pretty much working double shifts by watching along with our /Build and Ignite conferences. The several Keynote sessions were as polished, impressive and exciting as we have come to expect. What has surprised me is just how many of our flagship products are all due for a full version release in 2016.

Windows 10 is obviously coming in the near future and is to be followed by Windows Server 2016, System Center 2016, SQL Server 2016, SharePoint 2016, Office 2016 and probably a good few more. This also does not include all the new Microsoft Azure updates and releases such as Azure Stack for your very own Azure Datacentre and the release of new services and features as well.

This realisation left me with more than a few questions, the foremost amongst these were how on earth am I going to find the time to learn all these? And where will I find out about them all?

The first is a difficult question and I am going to have to fit it in somewhere, the second is easier there are three prime areas at present where you can learn, for free, online about our products.

Armed with these fantastic resources you should be in a fit state to be able to download the new versions, install them either in your on-premises lab or in Azure IaaS Virtual Machines and ‘play’ to your hearts content.

If I was to pick one announcement or product that I think will have the greatest impact on my working life it would be very hard. I would have a shortlist of

There has already been a great deal written about Windows 10 and it will continue to be the focus of my attention for the summer. Azure Stack is not here yet and will come later on so there is plenty of time  for me to worry about that further down the tracks. So I am going to concentrate on ‘nano’ server.

There are several reasons for this.

So, before I wander off into the sunset muttering about DISM, WIMS’s and all things nano, let’s have a look at what it is, what it does and why we need it.

Well Windows Server 2016 will have three deployment models rather than two.

nano will eventually be the server of choice for all workloads, but it is being introduced for two specific scenarios

In future there will be many more workloads which will run on nano. When you install the Windows Server 2016 Technical Preview 2 you will not see nano as an option.  To delpoy nano requires running DISM (part of the windows deployment toolkit) that will allow you to create a Windows Image File (WIM) containing just those roles and drivers that the hardware you have requires. This reduces the disk footprint of the binaries to around 410MB.

To configure the nano server you will need to learn PowerShell Desired State Configuration (DSC) and you can only run native 64 bit applications.  To manage the server you will need to use the Azure portal and the new web-based Remote Server Administration Tools (RSAT). There is NO remote desktop or remote console administration. You can of course use PowerShell remoting to manage the nano server directly.

These new RSAT tools are simply amazing and also give you a pretty fully featured PowerShell console window and a device manager and even a registry editor all in the web- based Azure portal.

These changes mean that you can install, configure and run nano in minutes rather than hours.

If you want to see a very quick explanation of the core features watch this short video from Ignite where Jeffrey Snover explains all.

So nano is small and fast what other benefits are there?

Nano Server will allow customers to install just the components they require and nothing more. The initial results are promising.  Based on the current builds, compared to Server, Nano Server has: 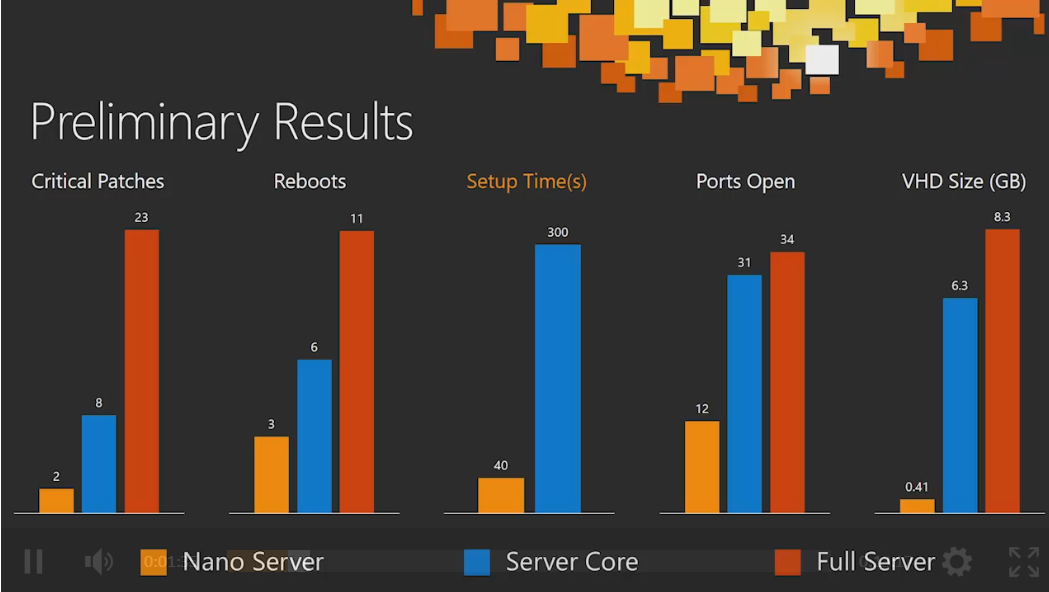 for more from the nano team visit https://aka.ms/nanoserver

Right – much to do and little time to do it.

Next up here will be my final part of the Azure RemoteApp series (finally I hear you say) followed by some cool PowerShell and nano stuff too.

The post A busy year ahead with nano server. appeared first on Blogg(Ed).