We’re thrilled to announce that today the new XML Schema Explorer is included in the Orcas SP1 Beta release for Visual Studio 2008. We previously released a CTP showcasing a subset of the XML Schema Explorer functionality last August. Many of the people who downloaded and tried our August preview requested that we ship the functionality in Visual Studio 2008 and so we are. You can download the beta here.

Over the next few weeks we’ll follow up with additional blog posts describing the functionality we’ve added in this release and discussing our future plans for adding to this start.

Please send us your comments, questions, and suggestions via the XML and the .NET Framework forum on MSDN here. 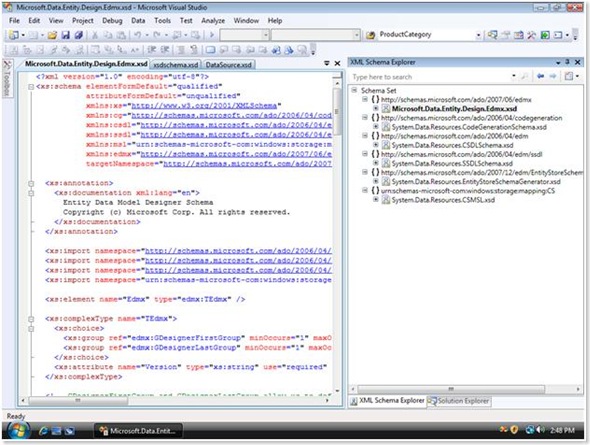