[Update 12/16/09: Firefox 3.5.6 has fixed the bug so it can again be used in SuperPreview. If you followed the steps below to revert to an earlier version of Firefox, you may now turn auto-updates back on. Firefox will then update to 3.5.6 and continue to work with SuperPreview.]

Unfortunately, this particular Firefox update included a change that broke the ability of 3rd party applications, such as SuperPreview, to embed Firefox on Windows XP and Windows Server 2003.

Those affected by this issue will see the error text:  "Attempted to read or write protected memory.  This is often an indication that other memory is corrupt." 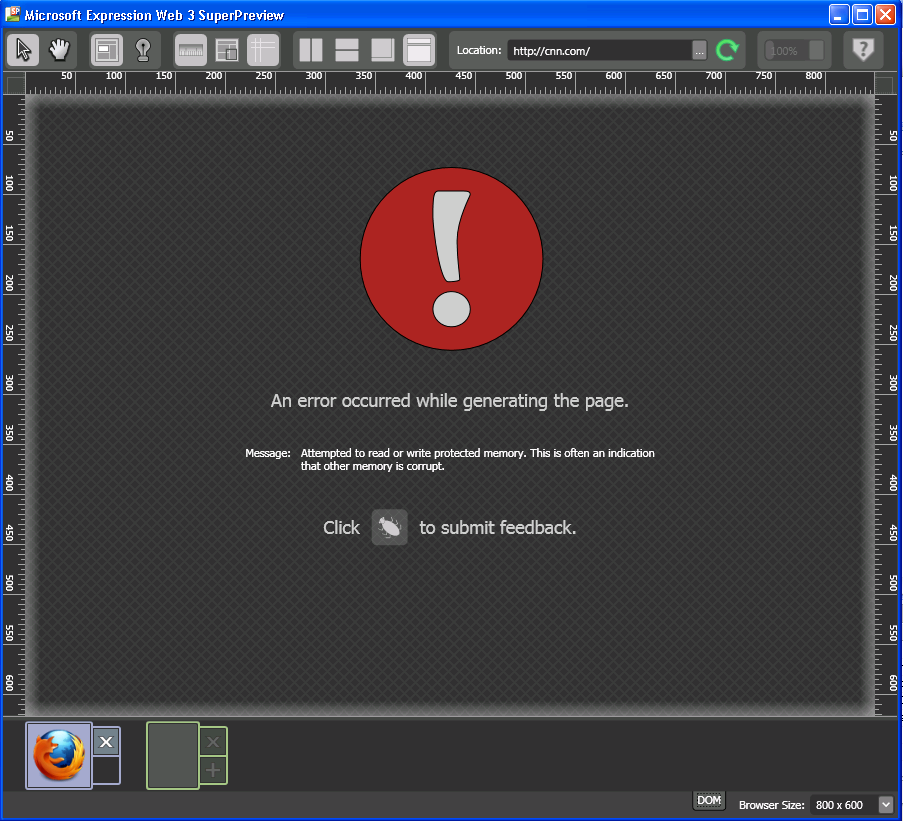 Until Firefox releases an updated version with the fix, the only solution is to roll back your version of Firefox to 3.5.4 or earlier.  To do this you will have to:

Once you've reinstalled you will need to turn off auto-updates for Firefox to ensure it doesn't update back to 3.5.5. To disable the auto-update functionality in Firefox, follow these steps:

NOTE: The above is a temporary workaround as this will also stop you from picking up all further updates of Firefox.

The Firefox team is aware of the bug and has fixed it.  However, an updated version of Firefox containing the fix is not yet available.    We will update this blog when we have more information.

Bug logged that fixes the issue caused by the above:
https://bugzilla.mozilla.org/show_bug.cgi?id=526586

MSDN article including note on problems with this implementation in XP and 2003:
https://msdn.microsoft.com/en-us/library/9w1sdazb(VS.80).aspx