This reference architecture illustrates how to use Azure File Sync and Azure Files to extend file services hosting capabilities across cloud and on-premises file share resources. 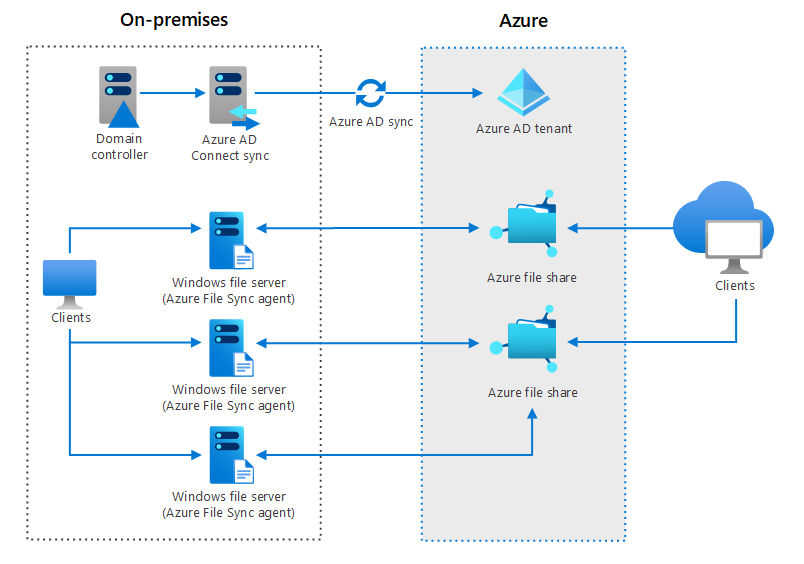 The architecture consists of the following components:

Azure File Sync is supported by the Windows Server versions in the following table.

Many organizations use a proxy server as an intermediary between resources inside their on-premises network and resources outside their network, such as in Azure. Proxy servers are useful for many applications, such as network isolation and security, and monitoring and logging. Azure File Sync can interoperate fully with a proxy server; however, you must manually configure the proxy endpoint settings for your environment with Azure File Sync. This must be done via Azure PowerShell using the Azure File Sync server cmdlets.