What is Project Acoustics?

Project Acoustics is a wave acoustics engine for 3D interactive experiences. It models wave effects like occlusion, obstruction, portaling and reverberation effects in complex scenes without requiring manual zone markup or CPU intensive raytracing. It also includes game engine and audio middleware integration. Project Acoustics' philosophy is similar to static lighting: bake detailed physics offline to provide a physical baseline, and use a lightweight runtime with expressive design controls to meet your artistic goals for the acoustics of your virtual world.

Ray-based acoustics methods can check for occlusion using a single source-to-listener ray cast, or drive reverb by estimating local scene volume with a few rays. But these techniques can be unreliable because a pebble occludes as much as a boulder. Rays don't account for the way sound bends around objects, a phenomenon known as diffraction. Project Acoustics' simulation captures these effects using a wave-based simulation. The acoustics are more predictable, accurate and seamless. 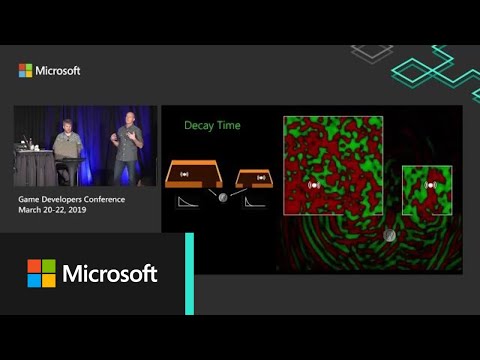 The Project Acoustics runtime plugins can currently be deployed to the following platforms:

The Project Acoustics editor plugin is available for the following platforms: